What Is Radiation Therapy for Mesothelioma?

Radiation therapy, also called RT, is the delivery of targeted energy to treat or control mesothelioma tumors. It can help control pain in people with pleural mesothelioma.

Although it is not a cure, recent studies show modern, precise forms of radiation therapy can improve prognosis and prolong survival in patients with pleural mesothelioma. Radiation therapy may be used alone or as part of a multimodal treatment plan.

How Is Mesothelioma Radiation Therapy Used?

Pleural tumors can invade the chest wall and become painful as they grow. Radiation can be used to shrink these tumors and lessen pain.

The current roles of radiation therapy in pleural mesothelioma treatment include:

Seeding is the unintended spread of cancer cells to nearby tissues or surgical incisions during biopsies, insertion of medical devices or mesothelioma surgery.

A mesothelioma specialist known as a radiologist applies ionizing radiation to the tumor area.

The treatments are not painful, although the skin can have a “sunburned” feeling after several treatment sessions.

How Does Radiation Work?

Radiation therapy works by damaging the genetic material, or DNA, necessary for cancer cell growth and replication. It can damage normal tissue around the cancer treatment area, but modern radiation is very precise and minimizes damage to healthy tissue.

The benefit of radiation therapy for pleural mesothelioma is it does not cause intense, systemic side effects associated with chemotherapy such as severe nausea, mouth sores and low blood cell counts.

Types of Radiation for Pleural Mesothelioma

Brachytherapy is less common and involves placing a source of radiation, called a radioactive implant, directly into tumor tissue. External beam radiation delivers tightly targeted beams of radiation from outside the body. It is administered in several treatments over days to weeks.

Brachytherapy is less common than other forms of radiation therapy but still may be used in select cases.

Researchers are studying the value of brachytherapy in mesothelioma clinical trials. The radioactive implant emits radiation over a small area and directly targets the tumor. This damages cancer cells and can lead to noticeable shrinking of the tumor.

The radioactive implant can be placed permanently or temporarily. Permanent placement is more common for pleural mesothelioma. The object will release radioactivity for only a few months in most cases.

Placement of Brachytherapy and Treatment Considerations

Both forms of brachytherapy are effective at killing cancerous cells but neither can cure pleural mesothelioma. Brachytherapy often is used in conjunction with other treatments.

External beam radiation therapy, also referred to as EBRT, delivers radiation externally, from a machine using a radioactive beam. The treatment itself is painless but may cause skin irritation that feels like a sunburn.

There are two types of external beam radiation. The difference lies in the radiation intensity and variation of intensity over the treatment area.

The intensity of the radiation beam is uniform across the treatment area. Careful planning with the help of detailed tumor mapping minimizes the amount of radiation delivered to nearby, healthy tissue.

Much like 3D-CRT, intensity-modulated radiation therapy (IMRT) uses 3D images of pleural tumors to deliver radiation precisely. IMRT is different because the radiation intensity is modulated — or controlled — to administer varying levels of radiation across the targeted area.

Higher-intensity radiation can be delivered directly to the tumor with minimal harm to nearby healthy tissue.

Expert opinion on the value of post-operative pleural mesothelioma radiation therapy varies from doctor to doctor because some surgical procedures have lasting effects on the ability to administer the treatment.

For example, an extrapleural pneumonectomy removes the entire lung. Aggressive radiation therapy can be delivered to the area from which the lung was removed without endangering the health of the remaining lung.

But aggressive radiation following a pleurectomy/decortication (P/D), a surgery that preserves the affected lung, may not be feasible.

If radiation is delivered after P/D, the treatment requires more precision. The amount of radiation required to effectively treat tumors can be damaging to healthy lung tissue.

If the patient is a candidate for IMRT, it may be used in conjunction with P/D to improve survival time and quality of life.

Once the cancerous cells adhere to these new areas in a process known as seeding, they can form small tumors called nodules. Seeding is estimated to occur in 20% to 50% of mesothelioma patients who undergo such procedures.

In an attempt to prevent spreading, doctors can irradiate the incision and drainage sites with prophylactic radiation therapy in the weeks following the procedures.

This moderate rating indicates some physicians still may choose to offer prophylactic radiation therapy to minimize the risk of seeding.

If you have questions about this type of radiation therapy, talk to your doctor about the risks and benefits for using it to prevent seeding in your situation.

Radiation therapy can lessen pain for patients with tumors growing into the chest wall or lymph nodes, according to the European Respiratory Society and the European Society of Thoracic Surgeons.

While radiation therapy won’t relieve all sources of pleural mesothelioma pain, research suggests it is effective for managing:

Short courses of radiation therapy are used to decrease pain and improve quality of life.

Mesothelioma doctors can use radiation therapy for pain relief and as part of a “chronic illness” management plan. With this approach, doctors don’t expect to eradicate the cancer completely. Instead, they treat it as a chronic condition and buy patients more time and better quality of life.

For example, pleural mesothelioma survivor Judy Glezinski had surgeries in 1990 and 1997 to remove tumors from around her lungs. Several years after her last surgery, doctors used radiation therapy to treat a specific area that was causing Judy pain.

Judy was relatively pain-free for a full year after receiving radiation therapy.

What to Expect Before Mesothelioma Radiation Therapy?

Prior to treatment, patients receive instructions from a doctor or nurse on preparing for radiation therapy. Sometimes patients are asked to follow certain bowel and bladder preparation regimens so these areas are empty during treatment.

Imaging scans are taken before radiation is delivered. Computed tomography (CT) or magnetic resonance imaging (MRI) scans are commonly used for this.

Some radiochemicals are man-made drugs, such as the chemotherapy drug gemcitabine. It is used as a radiosensitizer.

A few natural substances, such as curcumin, a compound found in the Indian spice turmeric, can act as a radioprotector or a radiosensitizer, depending on dose and timing of use. 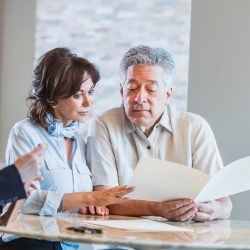 Side Effects of Radiation Therapy

Skin around the area receiving radiation can:

Some people describe this side effect, called radiation dermatitis, as similar to a sunburn.

Late side effects typically occur months or years after radiation therapy is completed. Although much less common than early effects, late side effects often are permanent.

Lung tissue scarring or fibrosis may develop in the months or years following radiation therapy. Nearby lymph nodes may become calcified in some cases.

Other early and late side effects of radiation therapy for pleural mesothelioma include:

Not everyone with pleural mesothelioma will experience the same side effects. The number and severity of side effects depend upon the dose and type of radiation received, as well as where it is applied to the body.

Tell your doctor if you are taking any nutritional therapies or dietary supplements.

This will help ensure any over-the-counter products you take don’t interfere with the intended cancer killing effects of pleural mesothelioma treatment.

To ensure you receive the most safe and effective cancer therapy, always tell your cancer care team if you are taking any other alternative therapies, too.

Get Yours Now
Get Your Packet Now
Fact Checked
The fact-checking process on Pleuralmesothelioma.com includes a complete review of the sources used to create a page to make sure they are high-quality sources from reputable organizations. Our writers validate all facts used on the site with reliable medical and scientific reports and experts on health and cancer. All pages on the site include a complete list of sources.
Medically Reviewed

Pleuralmesothelioma.com partners with medical health professionals, including mesothelioma specialists, oncologists and other health care experts who review our content to ensure medical accuracy and clarity. Physicians’ Review Network Inc., a recognized leader that provides independent medical and occupational reviews in the U.S., also partners with the website.

This Page Was Medically Reviewed By:
Dr. Joanne Getsy
American Board Certified in Internal Medicine