According to World Health Organization estimates, approximately 125 million people face workplace exposure to asbestos worldwide. This exposure accounts for more than 100,000 occupational deaths per year from diseases like mesothelioma, lung cancer and asbestosis.

Starting in the late 1800s, when Canadian companies first began mining asbestos on a massive scale, dozens of industries embraced the fibrous mineral for its natural resistance to heat, flame, electricity and chemical damage. These desirable qualities, in addition to its affordability, motivated companies around the world to incorporate asbestos into thousands of consumer and industrial products, including textiles, insulation and building materials. Prior to the 1960s, the public knew little to nothing about the potentially fatal consequences of asbestos exposure.

By the mid-1970s, approximately 200,000 Americans made their livings manufacturing asbestos products. Some of these workers handled the toxic mineral on a daily basis, often in poorly ventilated areas and without adequate safety equipment. Millions more worked in secondary industries regularly plagued by excessive on-the-job exposure, including shipbuilding, construction and automobile repair. According to one study, 27 million workers were exposed to airborne asbestos fibers in the United States between 1940 and 1979.

How Does Occupational Asbestos Exposure Occur?

Pleural mesothelioma, lung cancer and other asbestos-related diseases can arise when workers inhale asbestos dust. In certain occupational settings — especially those where workers mine and process raw asbestos, manufacture asbestos-containing products or repair buildings or machinery with asbestos components — the risk for harmful exposure is high.

While a dramatic reduction in asbestos use has reduced harmful exposure in industrial settings, construction workers continue to face serious exposure risks while repairing and demolishing asbestos-contaminated buildings.

When workers perform tasks like these without taking proper safety measures — as was often the case before the dangers of asbestos were widely known — the microscopic fibers circulating in the air enter the lungs. Unlike some other airborne contaminants, the body has difficulty expelling asbestos fibers. The inhaled asbestos becomes trapped and accumulates in the lungs over time. The fibers can penetrate the lung tissue and enter the pleura, two layers of tissue that surround and protect the lungs.

As the fibers migrate about the lungs, they cause scarring that worsens over time and can severely impair breathing. Eventually, sometimes 10 to 50 years after the initial exposure, the asbestos can trigger genetic changes in the cells of the pleura that cause cancerous tumors to form. 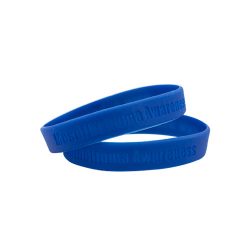 Before federal organizations like the U.S. Environmental Protection Agency (EPA) and the Occupational Safety and Health Administration (OSHA) enacted strict regulations on asbestos use, numerous industries hailed the material as a cheap, effective insulator and put it to extensive use. Manufacturers used asbestos to make numerous products ranging from gaskets and brakes to insulation, cement and drywall.

Workers who processed raw asbestos, manufactured asbestos products or worked with asbestos-containing materials were regularly exposed to the deadly fiber, generally without any knowledge of its cancerous health effects.

Occupations frequently exposed to asbestos include:

One of the most hazardous occupations in terms of asbestos exposure was mining. While all miners historically struggled with low pay and hazardous working conditions, the high risk for pleural mesothelioma and other asbestos-related diseases made asbestos mining particularly dangerous.

In order to preserve the valued physical properties of asbestos, miners would excavate it dry — a technique that amplified the amount of dust released into the air. Once the raw asbestos ore arrived at the mill, workers fed it into primary crushers where it was crushed and sorted. As the milling process continued, more and more dust was generated. One of the most dangerous steps was bagging, which involved pressing the fiber into burlap sacks by hand.

The use of asbestos aboard Navy and civilian ships exposed countless workers to the toxic mineral. According to Dr. Irving J. Selikoff, one of the first medical researchers to link asbestos to cancer, all U.S. merchant marine vessels built before 1975 contained extensive asbestos insulation materials. Shipbuilders sprayed asbestos onto bulkheads and deckheads and used the material to insulate pipes and machinery from bow to stern.

During World War II, the pressure to rapidly produce ships took precedence over the safety of workers. And the dangers of asbestos weren’t exclusive to shipbuilders. Other people who shared workspaces at the shipyards, such as electricians, faced exposure as well. Navy sailors and the crew aboard civilian ships also experienced considerable risks. Veterans of the Navy and other branches of the military faced regular asbestos exposure throughout their careers and often found work in other asbestos-reliant industries after serving their country.

U.S. Maritime Commission studies revealed that a ship’s motion at sea and engine vibrations causes asbestos materials to crack and flake. The agitation releases fibers into the air, and on-board ventilation systems circulate the dust to living quarters, mess halls and other ship compartments. In Selikoff’s study investigating the asbestos-related lung injuries of more than 3,000 U.S. merchant marine seamen, researchers found that the most dangerous exposure occurred in the engine departments, decks and mess halls of ships.

In the first half of the 20th century, countless factories and industrial plants across the United States subjected workers to asbestos dust. Factory workers employed by asbestos manufacturing giants like Johns-Manville and Raybestos-Manhattan endured heavy exposure on a daily basis, as they often handled raw asbestos before it was processed into insulation, millboard, textiles and a wide range of other products.

Plenty of factory jobs not directly related to the asbestos industry were frequent sites of harmful exposure as well. Paper mills, textile mills, chemical plants and power plants all contained products or machinery that housed asbestos. Boilers, pipes and turbines housed asbestos insulation that would deteriorate over time and pollute the air.

Heavy occupational exposure to asbestos peaked in the 1960s and 1970s and declined in the years that followed as the government heightened workplace safety regulations. Since then, the industrial use of asbestos has significantly decreased.

Today, workers in the construction industry experience the heaviest exposure to asbestos. Tasks like maintenance, repair, renovation, demolition and asbestos abatement often put workers in contact with asbestos that is friable, or easily crumbled by hand. Compared with nonfriable asbestos, which poses minimal risks to health, friable asbestos can easily release fibers into the air. Nonfriable asbestos can become friable if it is crushed, sawed, sanded or disturbed in another way that releases dust.

Construction activities in older buildings are most dangerous since insulation and many other building materials manufactured before 1975 contain asbestos. While the government has phased out most asbestos-containing materials, asbestos can still be found in roofing materials, vinyl tile, cement pipe and corrugated sheeting. Workers must handle and dispose of these materials properly to ensure safety and avoid asbestos exposure.

According to the Agency for Toxic Substances and Disease Registry, the incidence of asbestos-related disease among occupationally exposed people is beginning to peak, and is expected to decline over the next two decades.

Get Yours Now
Get Your Packet Now
Fact Checked
The fact-checking process on Pleuralmesothelioma.com includes a complete review of the sources used to create a page to make sure they are high-quality sources from reputable organizations. Our writers validate all facts used on the site with reliable medical and scientific reports and experts on health and cancer. All pages on the site include a complete list of sources.